Jalen Brunson after loss to Raptors: “It’s on us to be better. That’s it.”

Photo by Vaughn Ridley/NBAE via Getty ImagesThe Knicks fell to the Raptors on their way to losing their fourth consecutive game The Knicks' ship kept .. 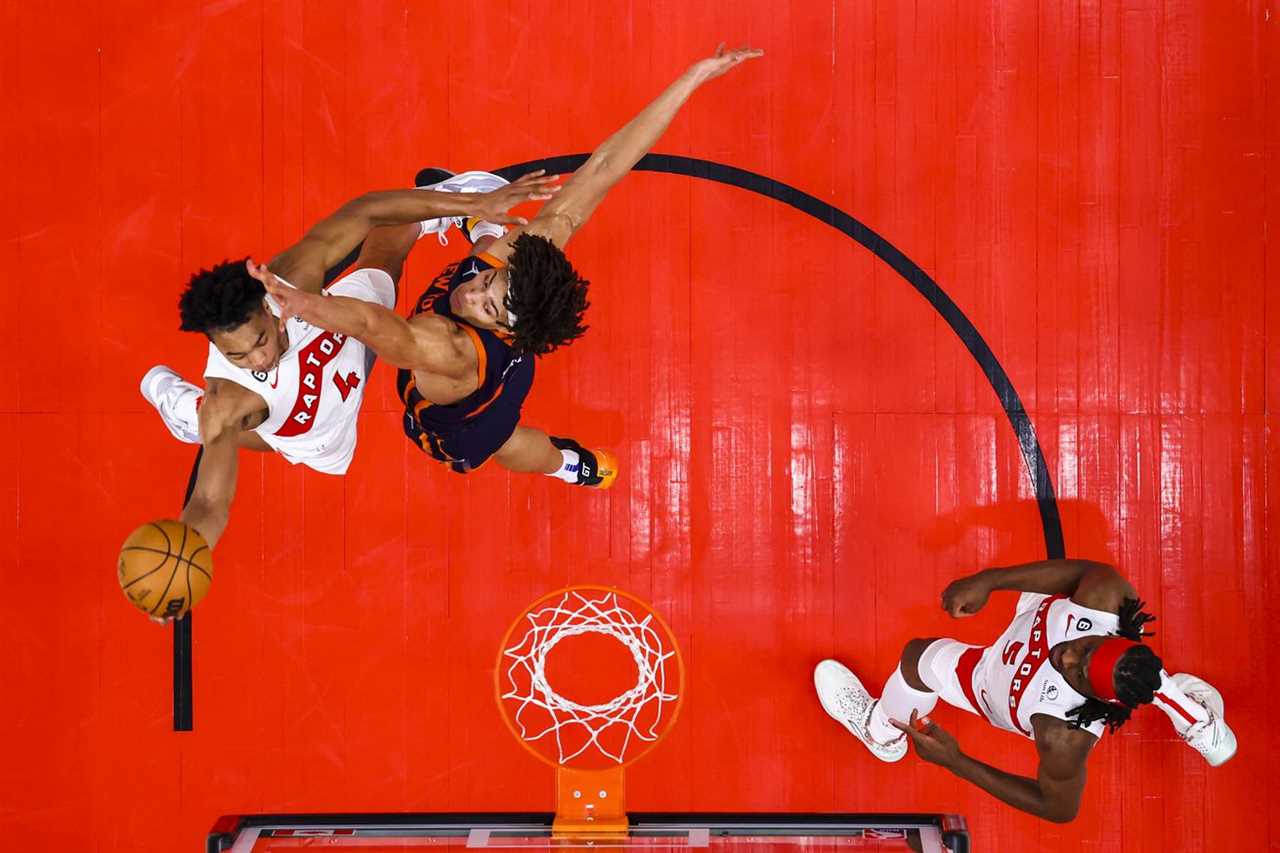 The Knicks fell to the Raptors on their way to losing their fourth consecutive game
The Knicks' ship kept sinking on Sunday as New York (25-23) lost to the Toronto Raptors, 116-125 in regulation. The Raptors (21-27) broke a three-game losing streak of their own in defeating the Knicks, something they already did to New York at MSG as recently as last Monday, beating the Knicks in OT.

As has been the case for quite a few games now, the Knicks allowed plenty of offensive fireworks to their opponents. All five starters on Toronto’s side hit double-digit scoring figures with four of them reaching 19+ points on the day. Fred VanVleet dropped a team-high 28, Gary Trent Jr. and Pascal Siakam bagged 24 each, and giant Scottie Barnes dumped 19 on RJ Barrett’s watch.

Barrett, by the way, led New York with 30 points himself, staying hot throughout the whole game and hitting 10-18 field-goal attempts on top of 6-9 freebies.

“I just think in those moments, certain moments, especially like the start of the fourth, we’ve got to do a better job of being ready out of the gate,” Barrett said.

New York went down 17 points, overcame that deficit getting to lead the game late in the third, but still found a way to lose the game by nine points when all was said and done. The main reason being, of course, an 11-0 run put together by the Raps in the final stanza after the fourth started with both teams tied at 86 points apiece.

“We fouled, we gave up offensive rebounds, and we turned the ball over.” According to Thibs, “that’s usually a recipe to get you beat.” Yes, yes it is.

I’m a masochist, so I went on and searched for games in which a team has allowed 39+ fourth-quarter points this season. It’s happened 36 times through Sunday and the Knicks just entered the club yesterday. Not quite an extraordinarily bad feat, but still.

“We got to weather the storm,” Jalen Brunson said. “Every single game, you’re playing against a great team with great athletes, great coaches. It’s a great battle every night. We just have to figure out how to bounce back quicker.”

Brunson finished the game with 21 points and five dimes but a measly one-rebound contribution while turning the ball over three times. Julius Randle lost four possessions and Barrett three.

Randle grabbed more rebounds than anyone in the game pulling down 19 all by himself. He was super close to earning a triple-double after scoring 23 points and assisting eight buckets. Luck wouldn’t have it.

“[Robinson and Quickley] bring a lot to our team. They do a lot on both ends of the floor for us,” said Randle when asked about the absences of the Knicks’ main big and sixth men.

Mitchell Robinson underwent surgery and is expected to stay on the shelves for three weeks at the very least. Just minutes before tip-off, Immanuel Quickley also hit the injury report with what New York deemed “knee soreness.”

The rotation stayed the same, with Thibodeau handing IQ’s minute to a returning Evan Fournier (21 minutes) who had not played in any game since he entered the court on Jan. 9 against Milwaukee for the last time. “I thought he gave us good minutes,” Thibodeau said of Fournier’s play.

Jericho Sims started in place of Mitch and finished with 10 points but only seven rebounds on his tally. Four of Toronto’s players tied that latter figure on Sunday with Precious Achiuwa (11) leading every Raptor. New York outrebounded Toronto 49-45 but the Knicks lost the offensive glass war with the Raptors snatching 17 O-Rebs.

Thibodeau acknowledged that “no one’s coming to rescue us,” warning his team that “we have to rescue ourselves.” The coach moaned about the schedule after yesterday’s affair, but he ended up conceding that “whatever the schedule is, the schedule is, and you just have to deal with it.”

Just for context, the Raptors beat the Knicks on the second night of a back-to-back homestand after facing Boston on Saturday, less than 24 hours before.

New York returns home for a Tuesday matchup against the Cleveland Cavaliers at MSG. Tip-off at 7:30 EST. One more loss tomorrow and the record would be 6-6 in 2023. Quite Knicks.
By: chapulana
Title: Jalen Brunson after loss to Raptors: “It’s on us to be better. That’s it.”
Sourced From: www.postingandtoasting.com/2023/1/23/23567282/jalen-brunson-after-loss-to-raptors-its-on-us-to-be-better-thats-it
Published Date: 01-23-2023

What does "We The North" mean?

The Toronto Raptors are known for their anthem, "We The North," also known to as We The North Nation. It was composed by Drake, producer Noah "40", Shebib.

Drake wrote the song while staying at his friend's apartment in Toronto. He finished recording his album Take Care with fellow artist Kanye West. Drake decided to create lyrics about his hometown, while he was there. Drake wanted the song to represent all Canadians. The song talks about unity, pride, and hope.

Drake began work on the melody of We The North's single "Nice For What" when he went to London to film the video. He recorded the instrumental version in just one take.

The official music videos for "We The North Anthem," were released October 5, 2018. The video featured Shawn Mendes from Canada, who performed with Drake and other musicians.

When was the Raptors' inaugural game?

On November 3, 1995, the Raptors played their first regular season against the New Jersey Nets at the SkyDome. Alvin Robertson scored the first points in franchise lore. The Raptors defeated the Nets 94-79 with contributions from Damon Stoudamire (10 points and 10 assists) and Robertson (30 pts).

How was the Toronto Raptors' inaugural season?

Isiah Thomas, an All-Star pointguard and former Detroit Pistons legend became the team’s General Manager. He was involved in the draft that produced Damon Stoudamire. He would go on to win Rookie-of-the Year. In separate trades, they also acquired Tracy Murray as well as Oliver Miller. Thomas introduced a new primary symbol of a dinosaur playing in basketball and new pinstripe unis with the logo at the front of their jerseys. The Raptors added purple to their color scheme.

Brendan Malone was the Raptors' new head coach. They won against the New Jersey Nets at SkyDome on November 3. However, they lost their next seven matches.

Murray was second in scoring with 16.2 points per game. He also led the team with 151 three point field goals. Miller was the team's leading scorer with 12.9 points and 7.4 boards, 1.4 steals and 1.9 block per game. Robertson had 9.3 points and 4.4rebounds as well as four assists and two steals each game.

Despite having one among the worst records, attendance was good. They averaged more than 17283 fans per SkyDome (now Rogers Centre).

How to get from your location to the Toronto Raptors' game

Follow signs to the ACC starting at Bay Street Station.

The venue is accessible to people with disabilities. Accessible seating is available for wheelchair users. Sign language interpretation services are also offered by the ACC.

There is no parking fee at ACC. There is however limited street parking nearby.

Raptors we the northKnicksGood Win