Truth or Drink: Toronto Raptors' Fred VanVleet Reckons With What Could Have Been

On the latest episode of How Hungry Are You?, Serge Ibaka and Fred VanVleet discussed the potential of the Toronto Raptors. VanVleet asserted that..

On the latest episode of "How Hungry Are You?", Serge Ibaka and Fred VanVleet discussed the potential of the Toronto Raptors. VanVleet asserted that Toronto would have repeated as NBA champions if Kawhi Leonard had re-signed and could've even three-peated. In a segment called "Spicy Questions: Truth or Drink," where VanVleet had to drink whenever he declined to answer Ibaka's questions, it was revealed that he would not trade Scottie Barnes for Kevin Durant.

Many believe that Toronto would have won the NBA championship for a second consecutive year if Kawhi Leonard had chosen to re-sign with the team. VanVleet asserted that they would have repeated as NBA champions and could've even three-peated. Leonard's departure was a huge loss for the team, but they could still put up a good fight against the eventual champions, the Los Angeles Lakers. While it is impossible to say what would have happened if Leonard had stayed, it is clear that his absence significantly impacted the team's performance. 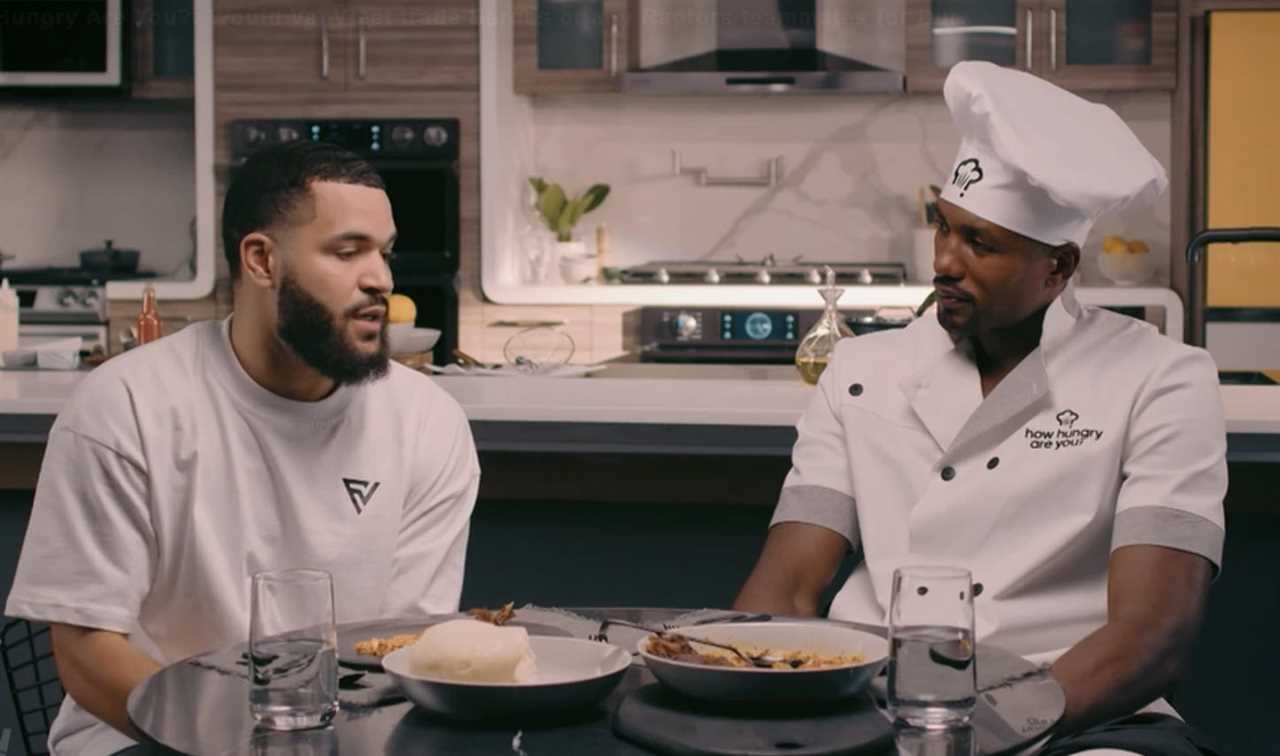 VanVleet then turned the tables on Ibaka and asked him if he would trade Pascal Siakam for Giannis Antetokounmpo. Ibaka hesitated before saying yes, much to VanVleet's amusement. "You didn't even think about it!" VanVleet said. The two then discussed Siakam's development, with VanVleet saying that he thinks Siakam is still adjusting to his newfound stardom.

It was an eventful episode of "How Hungry Are You?". It'll be interesting to see if the Raptors can recapture the magic they had with Kawhi Leonard.