OG Anunoby Vs Zion Williamson: The Epic Battle Of The NBA's Greatest Defenders

Tonight's matchup between OG Anunoby and Zion Williamson is one of the season's most anticipated games. Both players are known for their defensive prowess, but OG Anunoby is expected to have an advantage because of his experience. He has played in the NBA for a few seasons now, which gives him a great deal of knowledge and understanding when defending against other players. On the other hand, Zion Williamson is a young player with lots of potentials. If he can dominate on the court tonight, he will be in good shape for the remainder of the season.

OG is determined to shut down Zion Williamson, one of the most exciting players in the NBA. OG has the ability to be like a hawk in his defense and lock up any player on the court. OG is one of the best perimeter defenders in the NBA. He's not just a physical player; he also has great lateral quickness. This will make it difficult for Zion to get past him off the dribble. Additionally, OG is an above-average defender inside and outside, so he won't have any trouble defending against Zion inside, either.

Zion is a physical player who can jump out of the gym. He can get shots off over anyone and has the ability to finish plays at the rim. He will be looking to use his size and strength to overpower OG. 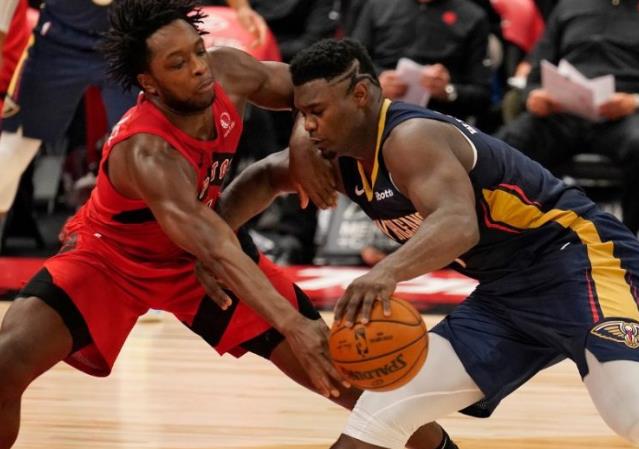 OG for defensive player of the year

OG has been outperforming Marcus Smart and Rudy Gobert statistically this season. In fact, some people are already starting to recognize this. Sooner rather than later, people will start putting two and two together and realize that OG is a very real possibility for the "Defensive Player of the Year Award". If OG Shutting Down Zion does happen, it will blow Zion's growth as an NBA player.

The Raptors were the third defensive team last year and OG is their best defender. He has quickly become one of the most important players on that team, and he should continue to grow in importance this season.OG is comfortable guarding anyone, no matter their size or ability. This makes him a tough player for opponents to deal with, as they will have difficulty finding an opening. He's also committed to his assignment, always playing within the scheme of the defense and getting results regardless of who he's defending.

As we can see, the importance of defense in the NBA cannot be understated. It is essential for any team that wants to win games. The two best defenders in the league right now are OG Anunoby and Zion Williamson, and they are both players that any team would love to have on their side. If you're looking to improve your team's defensive game, then these are two players that you should definitely keep an eye on.